The team at the LASER ÄSTHETIK INSTITUTE has been successfully removing pigmentation using innovative laser technology for several years. Cover, bleach or to treat it with laser – there are many ways to deal with pigment spots. Laser pigment removal is a skin-friendly treatment without chemical substances or skin abrasions. If you do not want to live with your pigment spots, you can remove it in our institute in Essen and in Düsseldorf. 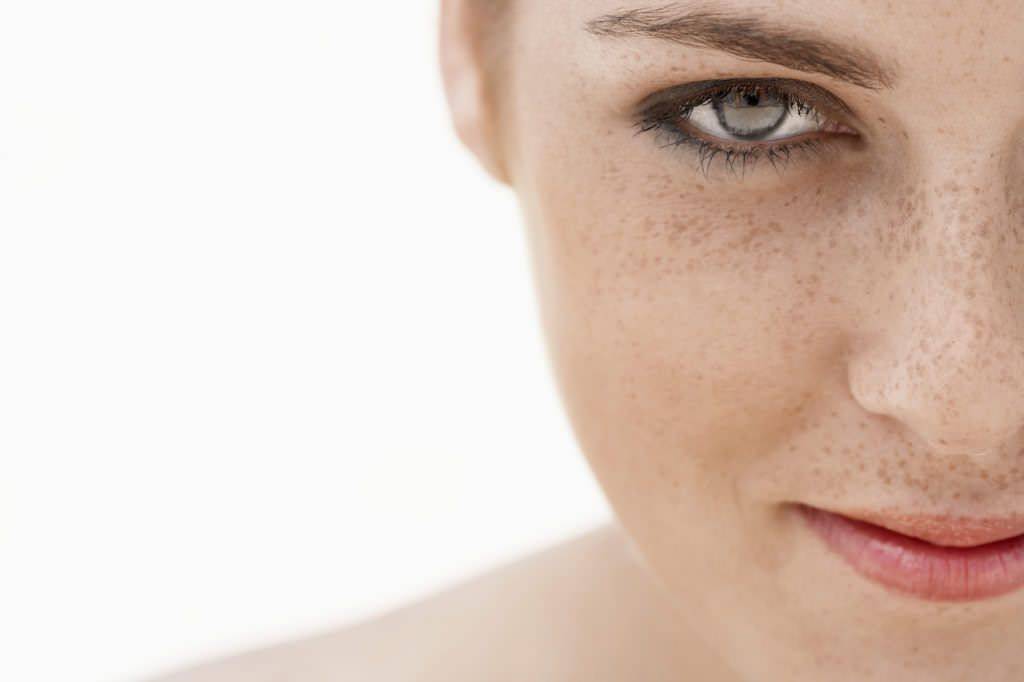 Pigment spots and age spots are an aesthetic problem. Unlike liver patches, which can turn into skin cancer over time, pigment spots are harmless. In the case of pigment spots, brownish skin discolorations occur, which are caused by a strong intercalation of skin pigments into the skin surface and the like. Also caused by long-term UV irradiation of the skin. They are also called sun spots. Solar spots (Lentigines solaris) or age spots (Lentigines senilis) are roundish to lenticular, brown hyperpigmentation which occur mainly at skin sites which are frequently exposed to the sun. On the back of the hand, on the sides of the forearms, on the forehead, on the forehead, and also on the décolleté. On the one hand, the decades-long influence of the UV radiation contained in it leads to over-active and intensified melanin being produced in the skin in order to protect the skin from the damaging influence of the UV radiation in the sunlight. On the other hand, the removal of the pigment also no longer functions smoothly. The result is that melanin accumulates in the skin and forms the unloved spots. In age spots, another dye is lipofuscin.

The so-called “pregnancy mask”, on the other hand, has its cause in the hormonal changes. These hyperpigmentation, which are usually referred to as melasma or Chloasma gravidarum / uterinum in the medical field, mostly affect the face and mainly the forehead, cheek and upper lip area. Pigment spots are harmless. However, it is important to distinguish them from malignant skin changes such as malignant melanoma (black skin cancer) and its precursors with a dermatologist.

Your help in the treatment of treated skin is just as important. You will be informed in detail about how you can help and assist in achieving the best possible results in your laser treatment.

We advise you in detail

What you may expect?

Pigment removal especially on the face and back of the hands are very popular, often applied and skin-protecting treatments without chemical substances or skin abrasions.

In summer shoots, the reaction and the success of laser treatment is very rapid. However, as summer shoots can reappear over time, laser therapies may be appropriate in the future.

In the case of lighter pigment spots, a treatment is usually sufficient to achieve a desired objective. In the case of dark spots of pigment, a gradual brightening is advisable, whereby several treatments are carried out.

The price of a laser treatment depends on the size, complexity of the treated area (area) and is determined by your laser therapist during the consultation.

Your help in the treatment of treated skin is just as important. You will be informed in detail about how you can help and assist in achieving the best possible results in your laser treatment.

We use only state-of-the-art laser systems designed to remove pigmentation.

The most common lasers work with only 2 wavelengths: 1064 nm and 532 nm. They can only remove dark and red pigmentation.

With an additional wavelength of 694 nm, our lasers can successfully remove the entire color spectrum (blue, light blue, turquoise, green, violet) and other pigment spots!

We are happy to consult you

Removal of a pigment spot on the face, successfully removed after 2 treatments!

If you’d like a free consultation, please start by completing the form.

LASER ÄSTHETIK INSTITUT is the local specialist in NRW for gentle laser treatments with non-invasive laser light. We look forward to seeing you and our personal meeting.